What are we doing differently and have we changed the way we work?

Are we working smarter now than we did 10 years ago?

It’s easy to get caught up with digital transformation and focus only on the future. But it’s important to look back sometimes and really think about how far we’ve come. Are we working smarter now than we did 10 years ago? Well, a lot has happened over the past decade. Here’s a quick comparison of how a working day would run in 2010 and 2020:

2010: Bubbles on your screensaver! Could that be Windows Vista?

It’s 2010, and you’re probably still running Windows 7. Or you may still be using Windows Vista! You’re attaching documents and emailing them to colleagues while trying to juggle multiple versions on your hard drive or server. Larger documents end up on a pen drive which you handover to colleagues. This is often your only copy, leaving you vulnerable to data loss; we have all lost our fair share of pen drives!
You’re most likely using an out of date version of Microsoft Office, depending on which year your company invested in updating it. If you’re lucky enough to be on the latest version, it’s going to be Office 2010. – but you may still be using Office 2007

You may have an iPhone or Blackberry for corporate email, but a lot of corporate environments aren’t as friendly to this form of working just yet. The bulk of your work is completed on your computers email client. Encryption technologies do exist in this era, but the use of them corporate-wide is still rare. Chances are if you leave your laptop on a train, then all your data could be harvested from your hard drive.

Fortunately, GDPR doesn’t exist just yet. Most of your web sessions are unencrypted, SSL encryption does exist but isn’t default for many services, leaving you vulnerable to eavesdropping. 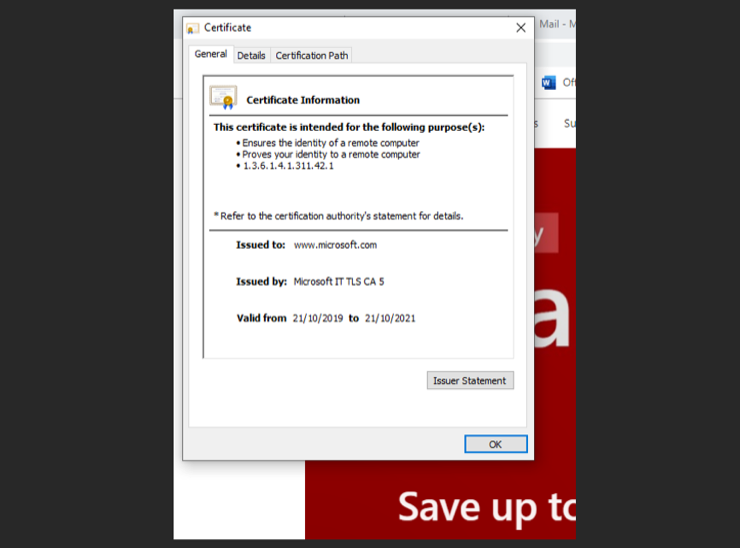 If your password gets phished and you’re not aware, then your accounts are probably at risk, and you probably won’t realise until it’s too late.

Check out my other blog post on how to create a great password which is easy to remember.

2020: An Interactive Start Menu. Is that Cortana speaking? It must be Windows 10!

In 2020, Windows 10 is commonplace. Due to changes in the way Windows updates itself, you’re most likely going to be on a very recent build with the very latest bug fixes. Your office client is part of your Office 365 subscription and chances are you’re on the latest and greatest build. You’re using Office 365 to collaborate, and all your files are stored in the cloud within OneDrive, Teams and SharePoint. You send sharing links to files and collaborate in real-time with your colleagues and don’t worry about managing multiple versions or storing data on your device/workstation.
You are probably using your mobile device for email regardless of brand or vendor thanks to android and iOS. You may find yourself spending as much time in the outlook mobile app as you do in the desktop version.

Your device is most likely going to be fully encrypted meaning that if you lose it, the data stored on it can’t be extracted easily. This gives you peace of mind now GDPR is a thing.

Most of the sessions you run on the web are encrypted via SSL, which makes it hard for others to snoop in on you.

Most of your accounts will support multi-factor authentication meaning that even if someone manages to phish your password, they won’t be able to get into your accounts without your explicit approval.

IT in 2020 is so much better than in 2010. Technology is continually getting more efficient, secure and powerful. It’s essential to keep up with the everchanging industry and maximise your resources. It’s very easy to ignore these improvements and for your IT to go stale.

Migrating or Upgrading to Dynamics 365