Backup options to protect business data and the issues with some more traditional methods.

When it comes to running your business, if you’re using an IT-based system, which let’s face it, most companies are, then your backups are just as important as the hardware your data’s sat on.

What happens if your server fails and you lose years’ worth of data? A lot of business can’t afford for this to happen and end up folding, which is why your backups are so important. 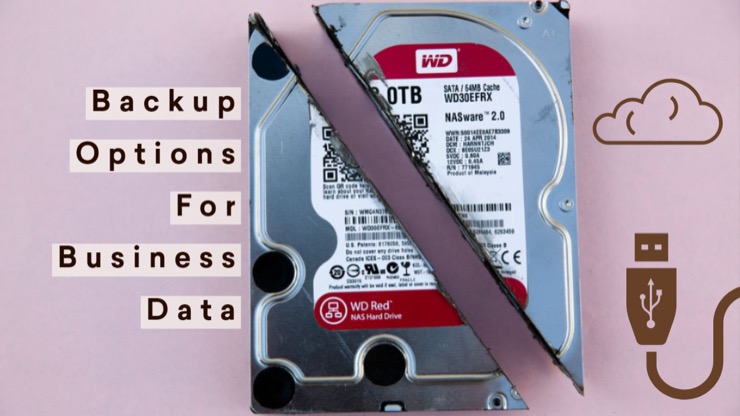 Traditionally, backups are carried out to a tape drive, usually, in a Grandfather – Father – Son rotation.

This system does give a good level of resilience. However, over time, you need to start over-writing the media due to the size the tapes would take up.

Backing up to a traditional tape also has other drawbacks. The bulky tapes have to be kept off-site, in case the building was to burn down. There is no point having the server and the backup tapes in the same burning building, as it defeats the object of having the backup in the first place. It’s time-consuming for employees to eject the tape, presumably in a high-security location, and put in new tapes daily. It also leaves room for human error.

Another flaw is that backing up to a tape is a prolonged process. Not only that, but it’s also extremely slow to recover data from them.

See our other blogs on what disaster recovery or business continuity is.

Backup Updates Over the Years: RDX then USB

Over time, traditional tapes evolved into RDX tapes. RDX tapes were quicker to read and write from and less temperamental. People then moved to USB drives. USB’s proved more favourable as they were much more robust and more compatible. It’s OK using a legacy tape system for backups, but what happens if the driver fails and you can no longer source a replacement? Hence the reason USB drive were more resilient.

Still Facing the Same Issues with RDX and USB

This issue is, USB’s still require some human interaction and the devices to be taken off-site or stored elsewhere.
Thankfully, there is an alternative backup solution.

Nowadays, people are utilising the cloud for their backup. At Fabric we prefer the Microsoft Azure offering. They’ve invested over $15 billion in their cloud infrastructure and data centres, all of which are geo-redundant. Meaning in the unlikely event of a data center going down, you can rest assured, knowing your data is stored in another location also. Using a cloud backup such as Microsoft Azure, it takes out all human intervention and becomes an automated process. No need to carry cumbersome tapes around with you, as it’s all done automatically and monitored by your trusty IT team!

See our blog on how Azure works.

One area which needs to be considered if you’re looking at cloud backups is your connectivity. It’s no good implementing an Azure solution if you don’t have the means of transferring the data into the cloud. Your connection needs to be fast enough to support it, no data caps and reliable. Ideally leased lines work best for these types of set-up and are becoming quite economical too.

With cloud computing becoming more commonplace, the costs of data storage is getting cheaper, and so is connectivity.
If your backups do concern you and you realise you’re using out-dated methods, then please feel free to give us a call on 01625 443 110.
We can address any concerns you may have and also look at your connectivity and check it’s fit for purpose.