On January the 15th Microsoft released a new version of the Microsoft Edge browser. Before you decide to stop reading, let me be clear; this is an all-new version of Edge, one that’s powered by chromium which is the open-source project that powers Google Chrome. This means that it’s just as fast as Chrome and supports the vast array of extensions that already exist.

The first question you’re probably asking yourself is, why should I ditch Chrome to move to the new Edge? While Microsoft has utilised the same source as Chrome, they have made changes and taken it in their own direction.

One of the main benefits is integration with your office 365 account so that you can sync favourite, settings and passwords. This will soon extend to history and open tabs.

Another benefit is that Microsoft will integrate Edge into group policy and Intune so that network admins can easily manage it. Edge also gives you some good options when it comes to controlling web tracking. 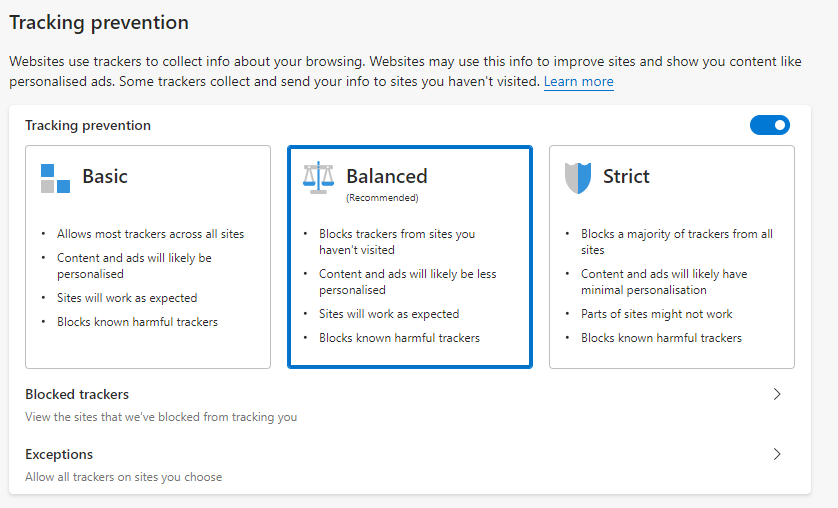 Want to learn more about Windows? Read more about the history of our well known operating system.

You can also personalise the way Edge looks with focused, inspirational and informative new tab views. See below.

A lot of users install Chrome on brand new computers due to not wanting to use the IE or old Edge and preferring the feel of Chrome. I think this is probably going to change from now on with Edge being such a great performer. While this is a good start, I do not doubt that Edge will change shape profoundly over the next few years and Microsoft make the browser their own.

The new Edge will eventually replace the old Edge via a Windows Update. If for any reason you don’t want the new Edge on your network you can download a blocker from Microsoft.

As a market leading software provider and IT support company, we are passionate about improving business processes and streamlining CRM systems for op...